This becomes especially apparent when a long standing, hard working and loyal employee gets promoted and, all of a sudden, is less-than-competent at the next level.

A good case in point is a distribution center supervisor (Ted) working for the owner (Bob) of a small, growing, specialty retail chain.

The distribution center for many years was relatively small. Ted started as a jack of all trades worker about 10 years prior. He next became a supervisor responsible for about eight people. At that point, the process for merchandise receiving, organization and distribution (to the stores) was fairly standard. Dedication, attention to detail and hard work were essential ingredients to getting the job done and Ted consistently delivered for eight good years. Ted was affable and a strong performance model, and his work ethic and attention to detail were exemplary. People often followed his example and he would put in the time to make up for those who were less productive.

After many more stores were added to the chain, the distribution center required expansion and relocation to another facility more than three times the size. People were added to the operation and before long, Ted was promoted. He was now managing supervisors, handling greater complexity in processes, logistics and vendor relationships, and not doing a very good job at all.

Ted felt a personal connection with Bob and the feelings were mutual. Both Ted and Bob attended important events in one another's lives, occasionally played golf together and shared an intense interest in sports. Most importantly, Bob trusted Ted and strongly valued his loyalty.

Bob was not shy about complaining to Ted, making him aware of his mistakes and giving advice on the right things to do, but continued to compensate for his performance problems. Essentially, the implicit message Bob was sending: "Ted, I value your hard work and loyalty. As long as you continue to give that to me, your job is safe and I'll compensate for, and protect you from, your performance problems."

It was discovered that most of Ted's problem was not standing up to potentially conflictual situations. In other words, Ted was not leveraging his positive social skills to resolve conflict and build more productive ties with his people, vendors and store managers. To a lesser degree, more knowledge regarding warehouse and distribution management was also needed. Bob made a training investment along these lines after Ted demonstrated substantive gains in managing key relationships over the four-month (probationary) period.

I have seen similar situations in coaching a business owner like Bob where the employee did not step up and improve. Nevertheless, a (reasonably) mutually beneficial resolution was achieved. In either case, business owners soon discover that resolving a festering performance problem benefited the business, and did not hurt the relationship with the employee or spread negative feelings in the organization. Conversely, people respect their bosses for a genuine performance focus because it enables everyone to be productive and to be rewarded fairly.

In short, loyalty is important, but performance makes the difference. 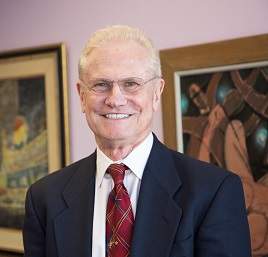 Ready to Schedule a Consultation?